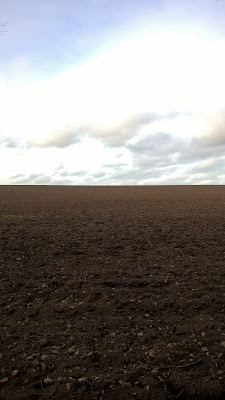 Mostly my posts on here have been poem-posts for the past few months or longer - no opinions on anything (other than in poems). Then yesterday I was listening to the radio - Desert Island Discs, as it happens (I listen to that so much these days I wrote a poem about it, back here). The guest was TV presenter and comedian Jimmy Carr - not someone I like (or dislike) particularly but sometimes I make myself listen to guests that I wouldn't choose as friends or dance partners - it can be good to be surprised ('hey, that guy's not a twat after all') and I was ready for one of those experiences. It's depressing to think that the world is full of twats, isn't it - who wants to live in that world?

And, you know, he wasn't a total twat... he was nice about his Mum... he got a bit excited about having lost his religious faith (for those of us who've never had any this is 'big deal, well done you' kind of a revelation), but the thing he said that most bothered me is something that has bugged me on and off all day. He said "people don't remember what you say - they remember how you made them feel." (He said something like that anyway, it must be a regular theme because I actually took the quote from a recent article online; I have to be honest, I couldn't face listening to the show again...). I suppose it's his defence for jokes he makes that get criticised for insensitive content (a kind of 'well, it doesn't matter - no-one remembers anyway' kind of a defence) but I think it is one of the most stupid, tiresome, Trump-esque comments I have heard in some time. Sure, no-one remembers every word  of a comedy show (especially if alcohol is involved and at comedy gigs it often is, I suppose) but words matter, now more than ever (in comedy, in politics, on the radio). And now we don't need to remember them ourselves anyway because they will be repeated on youtube and dvd and google forever more. So if you speak to thousands, nay millions, of people every week your words really matter - no matter how stupid they are, maybe especially if they are stupid. You have power if you have that kind of audience so don't deny that and pretend it's not there. Don't lie to everyone (including yourself).

The show left me with a really unpleasant feeling (and that's rare for that show - it's usually a bath of positivity/triumph over adversity/coping with life's slings and arrows to come up with something amazing). No matter how hard the charming Kirsty worked to make him seem interesting I just felt uncomfortable and disappointed (not sure exactly by what... the lack of honesty I think). Words matter. I don't believe in much really but I guess I do believe that. Which is good, what with the poems and all.