How Montrose and New Orleans are almost the same... 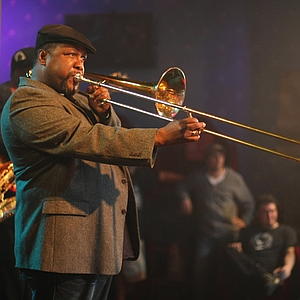 So, the grown-ups in this house are deep into the first season of the U.S. TV series “Treme” (pronounced "Tremay"). It's about post-Katrina New Orleans and the series was first shown in 2010 but we're just getting to it now. Named after an area of New Orleans and made by the makers of “The Wire”, “Treme” is every bit as good as the epic series set in Baltimore and, also like "The Wire", it stars Wendell Pierce (Bunk in "The Wire", pictured above in "Treme" mode) and Clarke Peters ("The Wire"'s Lester). Other “Wire” faces pop up in "Treme" too.

As you might expect for a show set in Louisiana's fine city the music in “Treme” is phenomenal with lots of real musos featured and a great theme tune (see below). You can read about Wendell Pierce and the series (and how he learned to play trombone for “Treme”) here. After reading that piece I love Pierce even more than I did when he was just Bunk (and I loved him quite a lot then... no-one was sick behind a car quite like Bunk...).

And whilst this might seem like an odd jump I am starting to think that, after a music-packed weekend here in Montrose (for the annual largely pub-based Music Festival), our little Scottish toon has more than a few things in common with the Big Easy we fell in love with so much last year. Before you mock me consider these points:

Nola – Lake Ponchartrain to the north, not far to the Gulf of Mexico in the south.
The Mo – North Sea (brrr!) to the east.


Nola – traditional and modern, jambalaya, gumbo, Po' boys, a lot of oysters and crawfish and much, much more.
The Mo – quite a lot of fish, plenty of pies (beef is big here...), a good curry house, cakes...

Visitors from out of town?

Nola – top tourist destination (8.75 million visitors in 2011).
The Mo – quite busy this weekend (for the festival). And some people head here for the fishing, so I'm told...

Nola - “Treme” is excellent.
The Mo – I believe “Borrowfield – the miniseries” is currently in production. A drama series “Hillside Housewives” was in development but producers felt it was just too freakin' dull.

Nola - “Treme” has a great theme tune by John Boutté:

and there are plenty of other songs about New Orleans.
The Mo... still undecided... maybe something by AC/DC (well, Bon Scott was from Kirriemuir... not so far away... and there is "Highway to Hell"...) or maybe there's the song that Jim Reid made from the poem by Montrose writer Violet Jacob:


Or maybe someone can come up with something new? Any suggestions?

Loads of venues playing all kinds of music?

Nola – hot, damned hot.
The Mo – in May (every year!) surprisingly hot. I think voodoo may be involved.

Nola – amazing buskers.
The Mo – pretty good music on the high street stage this weekend, a few lassies singing outside the Little Mermaid chipper too...

Nola – undoubtedly (we saw at least a couple of people sitting in some kind of their own waste on or near Bourbon Street).
The Mo – a respectable showing at this year's festival with reports of outrageous heckling, throwing things, bare arses etc. all coming in thick and fast.

Nola – certainly the language on “Treme” is pretty x-rated.
The Mo – f words have been heard in the town (used creatively of course). Indeed Scottish swearing is a long-established artform (witness Malcolm Tucker from “The Thick of it”, Billy Connolly...).

Nola – Louis Armstrong, Fats Domino, Randy Newman, Anne Rice, Wendell Pierce, Ellen deGeneres, John Goodman...
The Mo – well, fame's relative, isn't it? Lots of musicians (young and old) around just now who might well make it big...if they want to. But then a quiet life in a small town can be good too...

Pushing out boats, dancing up suns 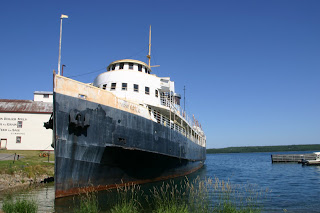 So the Aberdeen-based arts and literature magazine Pushing Out the Boat has its new issue (no. 11) out now. You can read about it (and sales outlets) over here. There is lots of good work inside... oh, and a poem of mine (I don't do much poetry-magazining these days but I've kept with the Boat... and the Bus of course!). I guess I just like travel themes...

Music festival here in Montrose this weekend (exciting!). And there's one of those open-studio arts festival things in Angus too. And it's sunny. Much to celebrate.

Speaking of sun... lovely Australian folkies Cloudstreet were in Montrose last night for a show. And here's their song "Dance up the Sun" - complete with some morris dancing in Australia... You can't say it's predictable over here... (well, not all the time).


So... just hanging around at the moment... bit of decorating, lots of walking in the rain, rewriting things, rereading others, family this and that. In quiet moments I've been watching Simon Amstell's sitcom "Grandma's House" (on my own - not to anyone else's taste... and too rude for the young 'un). I do like it (sure, it's navel-gazing gone mad... that's kind of the point). This morning it led me to looking up some youtube to see the 2010 BBC Breakfast interview that was referred to in this week's episode (Amstell was on the show and made a joke about someone's tumour... but as I don't watch morning TV I didn't know if it was fictional or not... it wasn't). Then that led me to some Amstell on Buzzcocks (never really watched him on there... I lost track of Buzzcocks back when Mark Lamarr and Phil whatever-he's-called - oh yes, Jupitus! - just seemed to be occupied with making each other laugh... ho ho). And it so happened that the Buzzcocks I got to was one with Amy Winehouse (very amusing - she was no like no-one else). And then that led me to the clip of new (to the media) Amy in the clip above (2004). Yes, Jonathan Ross is the world's most uninspired interviewer (never mind the drooling over female guests - I don't watch him on TV at all) but it's worth it on this clip to be reminded of what Amy was like before the big hair/big fame/big story. Now, that was a voice. That was a pretty good songwriter too (didn't we decide back here that she was the sound of the noughties?). Not to be forgotten.

Pieces of a man, poem 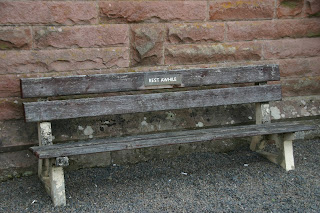 So, at risk of sounding like a broken record... here is another post about, or relating to, Gil Scott Heron. It is nearly a year since he died (May 27th last year).

Recently there was an event in England all about this great writer/singer/musician (review here) and fans were asked to pass comment about their memories of GSH, their feelings about his music (asked by Lemn Sissay here). I did pass a memory over and found myself remembering the time, back in about 1990, when I used to listen to a lot of Gil Scott Heron (and so therefore his collaborator Brian Jackson too - lovely article by Brian about Gil here by the way). I had a dodgy job in advertising at that time and an all-consuming nightclub and music habit so I spent quite a lot of time in my car (these days I drive very little). I had a couple of GSH cassettes back then (yes, cassettes!) that I listened to again and again. In the end, thinking of folk club tonight and something to read aloud, I wrote this poem today. I didn't plan to write it when I woke up this morning... but here it is anyway. So if anyone else wants to write a poem this week about a favourite musician or songwriter or singer... maybe they'd like to do that in a Poetry Bus (online) stylee. Put the link in the comments and I'll post it here (as we used to... in the old days... see bottom of post). It might be more Poetry Moped than Poetry Bus but you get the idea...

In a car with the stereo on

So it was just me,
me and Gil,
cruising around the city
in a company car
that I didn't really deserve,
that I couldn't really drive.

We were singing as we went.
Really loud sometimes.
So many songs.

We were singing "Angel Dust”,
not the most family-friendly
singalong chorus perhaps
but I liked it.
And “The Bottle”.
And “Home is where the Hatred is”.
And “Three Miles Down”.
Never mind the feel-good numbers –
because there are some –
“Lady Day and John Coltrane”,
“I think I'll call it Morning”.

Other times we were just speaking,
chatting almost,
and I was saying “brother” along with him
like I almost knew what it meant.
We covered “Whitey on the Moon”,
“No Knock” and obviously
the whole “revolution will not be televised” thing.
He called it a poem.
That goes without saying.

These were lonely drives
to nowhere in particular –
drives to pick up x
and put down z.
But as I turned the corners
and made the moves
at least a piece of Gil was there,
there with me when he sang
“Get out of the Ghetto Blues”
and “Pieces of a Man”.

First onto the moped it's Totalfeckineejit (our old Bus driver). Now doesn't that feel good? 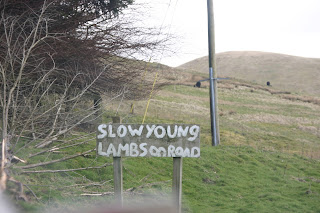 Photo taken back in April on our way back from Titus' in Dumfries & Galloway.

Not much to blog just now... reading (finished Chimamanda Ngozi Adichie's "Half of a Yellow Sun" - it was brilliant), writing (a long, very weird poem that no-one will ever want to read most likely - not so brilliant...), rejigging my old online poems (here) and videos (here) so I don't have to nag tech support for help when they need changing, doing family stuff, home stuff. I did go to a poetry magazine launch yesterday (shock, horror!) but I'll write more about that when I can link to the new issue on their website (should be soon).

In the meantime h and I were talking about poetry this morning (partly because of the launch yesterday, partly because they've been reading lots of poems at school of late). She was quite surprised when I told her that most of the poems read at yesterday's event didn't rhyme (mine included). "Well, yes," she said authoritatively, "it is harder to make them rhyme - you've got to think of the right words." Well, it made me laugh anyway. Especially considering my last, very long, very rhyming poem (here). It's about an asylum... which seems so fitting at times.