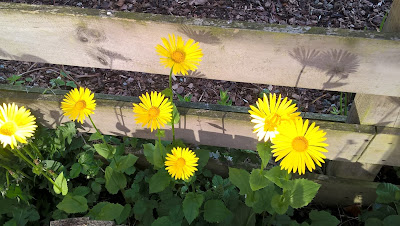 Attack has all the glory.
Loud solos trilled
From tops of trees.
But defence is all,
Defence is key,
And without it
You’ll see us
Beheaded and bleeding,
Tossed aside on the path,
Just results of a game.

Fledglings learn the deeper drill,
That flight and fight
Can sing aloud
In every voice –
Harsh, pretty, coarse.
Maidens must march,
And soar and score,
And learn the happy truth –
That to protect each other
Is to protect ourselves.

I suppose this poem (new today) reflects recent events (both home and away) - a dawn chorus walk, lots of time outside, a continuing obsession with music, the Irish referendum and even a football match. Our heads are so full... poems are one way to release some pressure (I find). It’s Mental Health Awareness Week just now (until 20th May) and to be honest I find this a bit depressing (which seems both right and very, very wrong). It seems to me a little baffling that we are not, by this point, at full mental health awareness but still, apparently, we are not. How many more celebrity mental health exposés do we need at the Edinburgh Fringe festival, I wonder, before we finally get it – our minds are precious and they need care, attention and quite a lot of help. It’s more obvious in some of us than others of course but as the numbers of people with some kind of mental health problem/challenge rise, the divide between the mentally healthy and the rest gets smaller and smaller. I know maybe one person in my life who doesn’t have some kind of issues they could usefully work on in therapy. And no, you can’t have him, he’s mine.

At least that’s what I think on the one hand. On the other I think – what a load of nonsense, you fool, there is a long way to go to full mental health awareness. After all, I did very little to protect my own mind when it came to the crunch in my teens and twenties (quite the opposite). My Dad may have killed himself (various reasons/diagnoses available, depending who you spoke to in the family…) but I was going to be fine and no I absolutely did not need to talk about it (and pass the drug of choice, please). My Mum’s favoured cause for his 1973 suicide was stress of work/being trapped in someone else’s choice of career so she made sure none of us at the end of the line had those particular stresses – we were to do what we wanted, follow dreams etc. (not that she would ever say anything in that X Factor style but that was the gist of it). And I have tried… but of course there are stresses involved with dreams too (especially when they don’t materialise or succeed in any concrete way). It turns out straggling along in the wake of your failing dreams is not particularly good for the mental health either, and particularly so if it’s possible that quite a lot of the failing is down to laziness, distraction, weakness, possibly even genetic causes etc. But hey, it’s Mental Health Awareness Week! Let’s talk about it. Or not…

Maybe this old subject is also on my mind just now as there was a very public suicide here in Scotland recently (a musician/songwriter/singer/artist, much loved, so a lot of articles, songs posted etc.). One of my favourite pieces prompted by this death was written by Karine Polwart, but then it seems she is just a really good writer whatever the medium (I didn’t know Scott Hutchison’s work but I have been a fan of KP’s since her first solo album). For those of us with a suicide in our past (and that must be quite a lot of us by now) this death was in some ways (sorry for the honesty of this) just another suicide to add to the pile in our heads. Every time someone talks about it (Dawn French about her Dad, another comedian Aisling Bea wrote last year about hers…) I see them, somehow, a stack of frustrated, sad souls, the ones who just couldn’t bear living (not on that particular day anyway). My Mum also put my Dad’s suicide down to the medication prescribed to him (he had stopped taking them suddenly, she said, and crashed, she said it was ‘out of character’ or some such…). It’s impossible for me to know how much of this was accurate information, my Mum wasn’t a huge fan of psychiatric medication, called herself a ‘Freudian’ (though that seems a little old-school now…).

I do know that moving on from that life event was tricky. For a start we all talk about parents and family (or lack of them) a lot and we continually look at our lives through that filter (both in fiction and in the other place). Also our society is fairly obsessed with suicide (nothing that new, I suppose, ‘to be or not to be…’ and all that) and many of us are either drawn to it or terrified by it or a mixture of the two. Having had it as a kind of memory cloud for most of my life I am just tired of it (maybe even bored of it… I know that sounds harsh, inappropriate, childish even). But maybe that’s also influenced by the fact that I am approaching the age my Dad was when he killed himself so I am both thinking about it and really not wanting to think about it at all. A beloved uncle/father figure in my partner’s family just died and how different the feelings for that kind of death (he had a good life, he was loved, he enjoyed his life etc.). I managed to write a little poem for his family and it was so simple and clear (you were loved, we will remember you well). It might not make for a good mini series but how marvellous to just be able to say of someone ‘they lived well, they were a good person’ and not to need the ‘what if’s and the ‘what a shame’s. I did learn to cast off a lot of those thoughts around the picture of my Dad in my head (I think) but it took a while. I still very rarely (if ever) use the phrase ‘what a shame’ (for anything). I don’t like it, don’t really see what it achieves.

I have been reading some books of essays recently (I’ve been fighting a bit with fiction on paper, hate poetry again, and so on). Roxane Gay’s Bad Feminist (2014) is brilliant and Zadie Smith’s Feel Free (2018) likewise. This morning (at silly o’clock – a lot of loud dawn chorus round here) I found myself crying to Smith’s piece ‘The Bathroom’ in Feel Free. She writes about her Dad with a love that just hauls the tears out of my eyes (she writes about all her family with some love but the rest are still living and we write differently about the dead). Crying is good (within reason) so I don’t mind that and I definitely don’t mind the joy that experiencing good writing can bring. Another thing about growing up around the word ‘depression’, I think, is that you try to grab as much joy* as you can, whenever you can (see earlier paragraph for associated problems with that…). The issue is learning about a little thing called balance…

Anyway, this ramble has probably gone on as long as it needs to.  No poem today. And as the Jamie Lee Curtis character in Freaky Friday (2003) says ‘Make good choices!’ If you can.
x

* (added later) After writing this I finished reading Zadie Smith's Feel Free and so got to the final piece that is, suitably for this post, titled “Joy”. She calls joy “a difficult emotion to manage” (though “manage” can have different meanings...and I'm not sure which she means, maybe both), declares it “such a human madness” and argues (I think) in favour of the more manageable “pleasure”. I'm not sure the line between the two is completely rigid (or even identifiable) but she is, without question, better with these word things than me so I thought I would add this for your consideration.

How special are you? 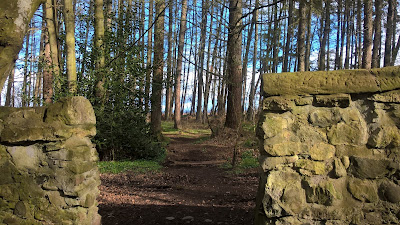 I've been listening to lots of radio programmes of late. Now we can choose specific programmes (using the BBC i-player mostly in my case) it is possible to fill your mind, if you need or want to, with a pretty much non-stop flow of ideas via sensible people talking about interesting things on the radio. Just today (no paid work having come knocking on my email door... ) I have listened to Chris Wood on music, church and bodily functions, nearly all the 5 parts of Benjamin Zephaniah's autobiography 'The Life and Rhymes of Benjamin Zephaniah' and a 'Point of View' by Tom Shakespeare on disabled sexuality. I've also read a great piece of writing by Zadie Smith in her book 'Feel Free' ('On Optimism and Despair - you can read it here) so it's been a quiet day on the one hand... but a full one too. And thank goodness for other people's ideas because I have been in a bit of a poetry rut of late too... a run of knock-backs and a decent helping of 'why am I still doing this at all?' Self-pity is always so attractive... let's say no more on that.

Anyway, the Tom Shakespeare 'Point of View' started off with a look at the use of the term 'special needs'. "Disabled people don't have special needs," he says, "we're not aliens, we have ordinary needs... We want education and employment and a place to live and access to healthcare and all the other taken for granted things of life." I like this clear kind of talking and thinking and it reminds me that some time ago I wrote a poem looking at special needs in a similar way (if from the opposite starting point... that in fact all our needs are special in some way or other... which does make them ordinary). If I remember rightly it was the now very out of favour Germaine Greer who, at least in part, prompted the writing of the poem (she was on Question Time, was asked about disability and said she considered people with no sense of humour the most disabled of all... or something like that...). I can't find the quote because all you can find about her online now is trans-related. I wonder if she still has a sense of humour...

Anyway (again), here is the old poem (from 2007 or so - back in the days when I rhymed a lot more and was allergic to end-of-line punctuation).

Pay heed to the special need

Personally I need a lot of help with moving
I need public transport, I need constant soothing
I need my hand holding and I need some quiet time
These needs are special and these needs are mine