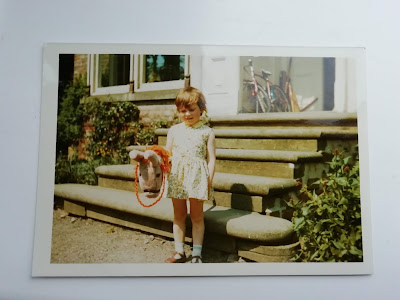 So, here we are into the seasons of long dark hours. I've been trying to keep the mind distracted – listening to radio shows, reading quite a bit (I spent October on the 1000 or so pages of Ducks, Newburyport by Lucy Ellman, for example). I probably wouldn't have stuck to it without lockdowns (too much else to distract the brain and it’s a fiddly read, most of it just one sentence…) but with the limited options available I did plough my way through it (every word, including all the “the fact that”s). It is an amazing achievement as a piece of writing, but I’d have to say I preferred the (shorter) sections about the mountain lion to all the lengthy meanderings of the human woman’s mind (too close to home perhaps...). Her mind is like all the bins combined (here we have food caddy, paper and cardboard - blue, other recycling - burgundy, garden - brown, other waste - grey and we take bottles to bottle banks ourselves), except the contents of her mind are: old movies, baking, 4 kids, US politics, her small baking business, her childhood, her parents, chickens, her 2 husbands, local people, illness, history…

Now in November I’m reading a few things that couldn’t be more different to the (carefully structured) rambling of Ducks. One is Helen Macdonald’s Vesper Flights (beautiful, precise, poetry without the line breaks) and Dara McAnulty’s Diary of a Young Naturalist (a very special book, written about and during the year when the author went from 14 to 15 years old, and covering birds, insects, school, moving house, family life and much, much more). Once we’re adults I think maybe we become too keen on the idea that children and teenagers can’t know much when often they know (and appreciate and understand) a lot more than we care to consider (even if some, unlike this particular young naturalist, don’t have the language, confidence or even desire to communicate that to the rest of us).

All of which reminds me of a theory I was introduced to (in a training session…) back in about 2001 when I was working as an English GCSE tutor for a local authority project in West Yorkshire. The theory was about different kinds of intelligence (something like this I think) and as someone who falls mainly into the linguistic-verbal group (and therefore found it fairly easy to do well in our education systems) it was quite an eye-opener. I learned how for some sitting in classrooms is a lovely, easy way to learn but for so many others it is a kind of temporary prison (some learn better outside, hands in the mud, we learned; others learn better if they can be active and just run around as regularly as possible). Dara writes about this very well (“I think of all the technical advances humankind has made over the last hundred years, yet the way we’re educated has stayed more or less the same. With rows of bodies sat rigidly behind desks. Sitting still.”). He writes about how challenging school is with autism but the different types of intelligence theory suggests there are other issues at play here too. Any young people who connect better with the outside natural world than the human indoors one will learn better out in nature and should be allowed out there as much as possible.

All of which reminds me of another great spokesperson for kids and the outdoors. Author Michael Morpurgo set up the charity Farms for City Children in 1976 and it’s still going strong (though needing support right now, like so many people and organisations…) and one of my current favourite listens just now is Michael Morpurgo’s Folk Journeys (all 4 episodes on the BBC iPlayer now). In it he looks at the traditions of four types of subject in song (war, protest, love and home/migration). Contributions come from, amongst others, Scotland’s mighty Karine Polwart (another keen naturalist and part of the brilliant Spell Songs project). KP manages to have more of a foot in the pop world than some folkies (her Scottish Songbook album, for example, covered a great selection of Scottish pop songs from different eras) and her views on love songs in this series were especially interesting. My other favourite radio listen just now is actor Cillian Murphy’s current Limited Edition show on BBC 6 Music. I love many shows on that station but Cillian’s is such a treat (particularly good on headphones if you can’t sleep). His taste in music is great and his presenting style (from his basement) is very low key and friendly.

I opened this post with the intention of starting to write about my own next project ideas (hence the photo at the top, that’s me in 1970, aged 3) and finally here is a paragraph about it. I intend to take part in the Fun A Day Dundee art project (FADD) again in January and I have been homing in on a direction for that in recent weeks. Last January I wrote a 31-word poem and illustrated a word a day (round-up here) but this time I have other plans. Many of us have spent a lot more time than usual in our homes this year (if we are lucky enough to have one) and I realised that I have lived in 31 different places/homes in my life and that coincidence kept nagging away to be used. So, my plan is to write 31 poems (1 for and about each home/place I’ve lived) and there will be some kind of visuals to go with them. I started looking at old photos (hence the one at the top of this post – that’s me on the steps of the first place I lived in Middleton-St-George near Darlington in England). I was actually born upstairs in that house in 1967 and we lived there until Dad died in 1973. The building also housed Dad’s GP surgery (in the days when it was only one doctor per surgery, certainly in areas like ours, though there was another surgery and doctor over the road as it was a big village). There will be some natural history content to the poems (I think the opening one is going to be called First nest) but it will be mixed in with a lot of whatever I can remember about the people, fixtures, fittings, emotions, smells and sounds of each home experience too. I’m not sure how much ‘fun’ it will be (for me or anyone else) but they don't disqualify you for not being fun in this group. So far I have rough drafts for the first 8 poems - I plan to do drafts now and then fine tune the words and incorporate the visuals each day in January. I think the whole thing will be called 31 Postcodes. I really enjoyed being part of the FADD group last year, seeing all the work online (mainly Instagram) and even meeting a few of the folk before the Lockdown Age began. This winter those of us not actively involved in saving lives need creativity and activity and music and nature more than ever to keep us out of trouble (internal and external). Don’t you think? 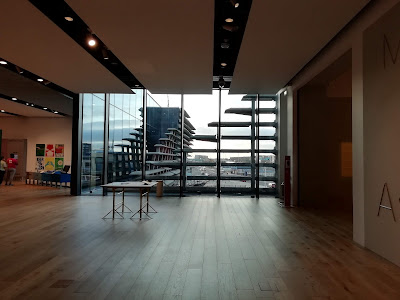