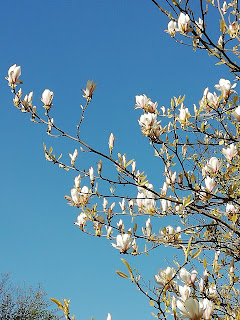 I have a book to talk about today (though I hesitate to use the word ‘review’ – let others review, I’m more a reactor). I know some people are either too busy or too distracted to read right now but, after a while adrift last year, I am definitely back in the place where reading is a close friend (good job really, what with the social distancing and all that). Like many people (but not everyone!), I’m working from home just now and not having to be up and out the door so I’m even managing quite a bit of the cosiest kind of reading (sitting in bed early in the morning, cup of tea to one side). As mentioned a couple of posts ago, I am now very good at the whole ‘appreciating simple pleasures’ business that so many books (including today’s) advise us all to try. There are some advantages to early collapse.

This year I have been reading a lot of biographical non-fiction books. I’ve really enjoyed two excellent ones with Scottish connections (Motherwell by Deborah Orr and Lowborn by Kerry Hudson), also a whole lot of Bulgaria in Street without a Name by Kapka Kassabova and Pete Paphides’ poptastic English Midlands childhood epic Broken Greek. Then, just as lockdown began, I threw caution to the wind and ordered a book about death and dying (with a good bit of her own life story in there too) by Rachel Clarke. I had been wanting to read it before the pandemic hit our shores but decided to proceed anyway (and I did not buy it from Amazon, I think they have enough money - I bought it here). It arrived very promptly and it looks like this (perfect illustration by Charlotte Day): 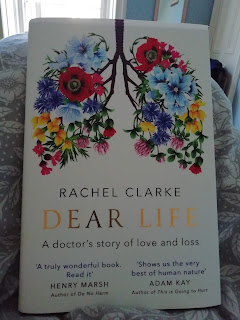 Before reading, I had seen comments by the author (a specialist in palliative medicine) on Twitter now and then and she always seemed to be making sense (on Twitter, I know…). More recently she even managed to be a person talking sense on the BBC debate show Question Time, which we have largely abandoned in recent years due to the constant waves of Brexit pish, endless audience members being ‘angry’ about immigration etc. Also last week I heard her on Radio 4’s Woman’s Hour sounding exactly like the voice you want to hear when you’re ill (calm, considered, caring) and, once again, talking sense (so it can't be a one-off). I don’t listen to Woman’s Hour regularly (or much talk radio to be honest) but this edition was on death and dying and featured Fi Munro who I know locally (and whose blog is here, details of her book How Long Have I Got? there too). Fi was diagnosed with Stage 4 cancer in 2016 at the age of 30 and she is a campaigner for life and living (because that's just the kind of person she is).

Clarke’s Dear Life is first and foremost a very heartwarming book. It is about death, yes, but most of all it is about medicine and doctors and how the best medicine keeps the patient (the human) at the centre of its labours, right up to the end of each particular life. Maybe it’s strange to read this at a time when this issue is so especially challenging for so many (and in new and unusual ways) but maybe not. The medical system may be in a time of crisis but still we are constantly reading of instances where many medical and other care staff are working harder than ever with this goal in mind, putting their patients first, taking huge risks with their own health, far too many even losing their own lives in the process.

Clarke came to medicine later than some (both of her parents worked in that area, her Mum a nurse, her Dad a GP), and in the book she covers her journey from TV journalism into this new career, her eventual choice of speciality and along the way many poignant stories about the people she encounters (patients and staff, particularly in the hospice where she now works). However, if medicine is one subject at the heart of this book then one doctor in particular is an equally essential presence. Clarke's father died in 2017 and Dear Life is quite the monument to him (in fact her love for him is so much a part of Dear Life that it practically seeps out of the covers). The book starts with him, it ends with him, it’s very moving. I did find some of this… potentially difficult. Regular readers will know that my own Dad* was a GP who killed himself in 1973 and so it was hard not to do a little ‘what might I have been like if my own father had lived..?’ whilst reading (see mine here on the old blog), but it was only a little wondering, I promise, as I’m mostly past ‘what might have been’s at this point. Years ago (before I had worked through my own postponed grief) I would definitely have been jealous of the beautifully detailed, close relationship Clarke describes here, but time has passed and work has been done so I was actually pleased, in 2020, to be able to just read this (as someone else’s story) and take in all the lovingly painted picture of this other GP/father (his life, illness and death). My Mum died in 2010, as some of you know, so that 10-year distance helped with reading tough sections like Clarke’s practically minute by minute description of the end of her father’s life, but I think it might be harder to read for anyone who is dealing with parental illness or death right now – maybe especially hard for anyone who hasn’t been able to be with a beloved parent. Often when we read something is as important as what we read, after all.

The third driver of Dear Life is the need to tell other people’s stories (Clarke is still a journalist in this sense, it is clear) and the book is packed, as I've already mentioned, with really amazing stories about the patients and nurses of her palliative care setting – of how different people face the ends of their lives, of how deaths can be coped with, in the best way possible. I won't try and retell any of them here as Clarke does it so well there but if you do dare to jump into this book right now (or at any point) you will need a few tissues to get through it, there is no question about that. Still, it is worth it. Undoubtedly.

*He wasn’t just my Dad… he had 4 other children and one stepchild (though I was the youngest). We were quite a complicated family. 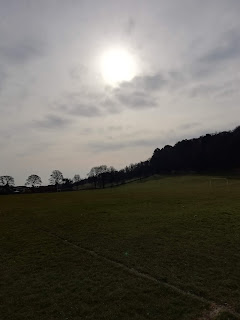 It’s too soon to know what this says about us,
For articles about how we survived
When it’s not nearly over,
For patting ourselves on the back
Because we managed a few days without crisps.

There are things we should have known already:
That arrogance and privilege
Do not open the mind –
Why listen to others
When you seem to be winning?