For Pauline - a Dundee Queen 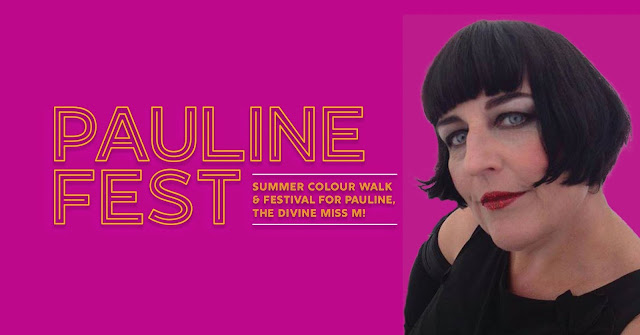 In the port of Dundee we had Pauline who sang

Of the dreams of a world that she so longed to see,

In the port of Dundee she was a true rebel queen,

While the river just whirled and lapped at the quay.

In the port of Dundee Pauline shone as she danced,

Her bursting blue eyes with their carnival light.

She lived on the fringe, had the devil’s own grin,

We think of her days - what a dame, what a knight.

In the port of Dundee with its fast-changing beat,

She readied a ship, gave so many their sails,

She took to the Woodlands to carve out a tune,

To open up doors, to bite off the moon.

And her strong angel wings were full and so wide

That she wrapped us, like children, all neat there inside,

And she learned the right words and she soared way up high,

Because the best kind of queens, they know how to fly.

In the port of Dundee she cooked up a spell,

Made chances, took turns, dressed up and played well.

And the rains of her life may at times have been hard,

But this queen was full flesh, not a dry royal card.

And today we’ll remember and pass round her crown,

We'll tell all her tales, maybe write a few down.

We’ve pride and we’ve joy, that we all know her name,

In the port of Dundee taste our fat onion tears,

Pint after pint for the toasts that we raise,

We'll cry and then laugh at this strange cabaret,

For this world can break hearts but also amaze.

Her reign was bright red and dripping with fun,

Let's look to the sky, see our queens up above,

And raise all our glasses, and sing them our love.

For this queen of Dundee,

For this queen of Dundee.

(audio of the poem here, video from the event at the end of the post)

Today there is an event in Dundee and Arbroath to celebrate the life of Pauline Meikleham (also known as Pauline M. Hynd, and Dubiety Brown of The Onion Club). Pauline died last summer at the age of 57 and her death was a shock for many reasons, partly because she was so full of life and ideas and creativity. She was an amazing singer, a powerful presence, a kind of beacon for the weird and wonderful. In the last decade or so she had mostly appeared as part of the duo The Onion Club with fellow Dundonian musician Stephen Lee (there’s a good 2018 interview with her about that project here). She was also a tireless and generous promoter. I mainly knew her through gigs and performances and I wrote a little about that side of her life back in January of this year (in amongst a piece about another musician here). It was a few years ago now but she played at an event I organised in Edinburgh in 2008 and also I read poems (and even sang, with help) at a couple of events that she organised (in Dundee 2008 and 2009 and in Arbroath 2013). We met again here and there over the years and she was always up to something interesting. She had many, many friends and admirers and was also a much loved mother, daughter and sister. She was a mighty big force in the “mighty little old town*” of Dundee (and beyond).

For the event today I thought I’d try to write a poem for Pauline. I started working on it a few months ago and as I watched videos of her performances I was struck in particular by The Onion Club’s version of Port of Amsterdam.

This song was first written in French by Jacques Brel, translated later for a show by Mort Shuman, and performed in English by David Bowie. Pauline and Stephen were both huge Bowie and Brel fans and so this was a perfect song for them. Dundee, of course, is also a port so I started reworking the words, using Port of Amsterdam as a template. I’ve always liked reworking songs, it gives you a place to start and in this case it means the finished piece has strong links to its subject. Pauline was a musical wonder and a cabaret queen in the widest sense of both of those words. There has been a lot of talk of queens this summer but I have no time for the tired old sovereigns, rolling about in their palaces whilst folk can’t afford to heat up their humbler homes or even boil their kettles. Real queens like Pauline, on the other hand, are people who deserve our love and admiration and I’m happy be their poet laureate any day of the week.

And in that spirit please accept and enjoy my poem for Pauline (at the top of this post, video below). She is much missed. She made a magnificent mark.

* With thanks to Michael Marra and General Ulysses S. Grant for these words about Dundee. I think most people reading this will know about Michael Marra but for anyone who doesn’t I wrote about him, his work and, in particular, his song General Grant’s Visit to Dundee, in January (here).