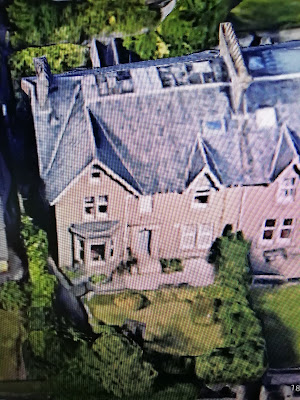 Who knew this river city space

would be our long-term lockdown home,

with all these hours to sit and stare

whilst still aware that others don’t

have time to wipe a sweaty brow,

or tears that won’t stop falling.

We hunker down, adapt our skills,

and look for news that doesn’t come,

as pigeons swoop their grey through town,

so odd with all the people gone;

they miss the pies and chips and things,

We climb the Law to see our strength,

the ceiling’s high, the jackdaws too,

the view has questions, hear it sing,

We stumble on towards the wise,

the fort is burning, falling. 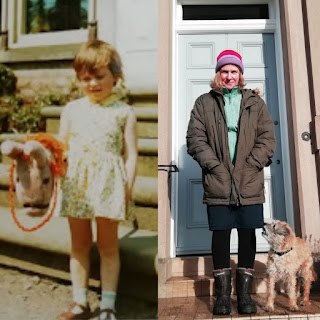 If you’ve enjoyed following me on this project please feel free to pass the blog link on to friends and family or anyone else you think might like it. They might want to start at number one (it’s back here, 1967, just outside Darlington in Co. Durham, England). Thanks for reading everyone and here’s to Fun A Day Dundee 2022!
This poem is part of the annual Fun A Day Dundee project where participants try to do something creative every day for the month of January. You don't have to be in Dundee to take part and there are other Fun A Day projects around the world. People post as much of their work online as they want to (largely on Instagram but it can be elsewhere too). In January 2020 I wrote a 31-word poem and posted a drawing to illustrate a word of it every day for a month (more info here). This year I am posting a whole poem a day (one poem for each of the 31 addresses I have lived at, covering the period 1967-2021). Videos of the poems show the places remembered in the poems but were taken from recent Google Street View. The videos are on my Instagram, maybe elsewhere too. Use the hashtag #fadd2021 on social media to see other people's online contributions.
Posted by Rachel Fox at 08:39

This has been so much fun! I can't wait to see what you do next year.

And thanks for showing me how to find Joanne - I've missed Titus! :)

Bug - you have an unusual sense of fun, I suspect! Thanks for following all this...
x